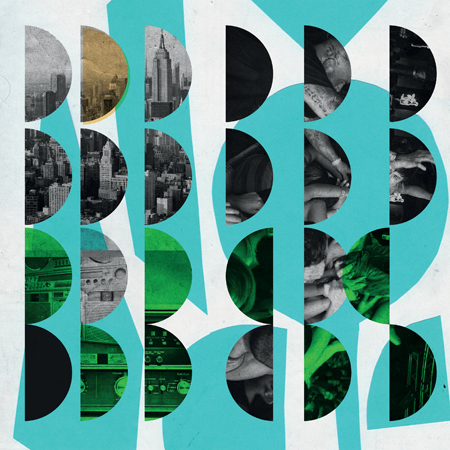 The Black 80s make a long overdue return to Freerange following their 2014 release Move On (from which the Kollektiv Turmstrasse remix become something of an underground anthem). The duo hailing from Montreal and consisting of Hollis P Monroe and Overnite have been responsible for some seriously influential tracks over the years, not least Hollis’ bonafide classic from 1997 - I’m Lonely.

For The Rest is a slice of sultry, stripped back house heaven which drips with soul and will melt the hearts of all who hear it. The key to the tracks beauty is in the minimalism of the production keeping everything paired back to the bare bones and placing all the focus on Overnite’s vocal which twists and mutates thanks to some clever use of FX.
Who better to work their magic on the remix than German producer Show-B who comes fresh off his incredible Jaap Ligthart Remix and Washint EP on his own Lossless label . Here he pushes the original through his sonic mangle, injecting steely atmospherics and layers of synths to forge a driving, muscular version which will sit perfectly amongst the sounds of Dixon, Mano et al and has already been getting early spins from Amé.
A second remix from Carlos Sanchez completes the package (on the digital version) staying truer to the original vibe but adding delicate pads and whispering strings for some late night bliss.